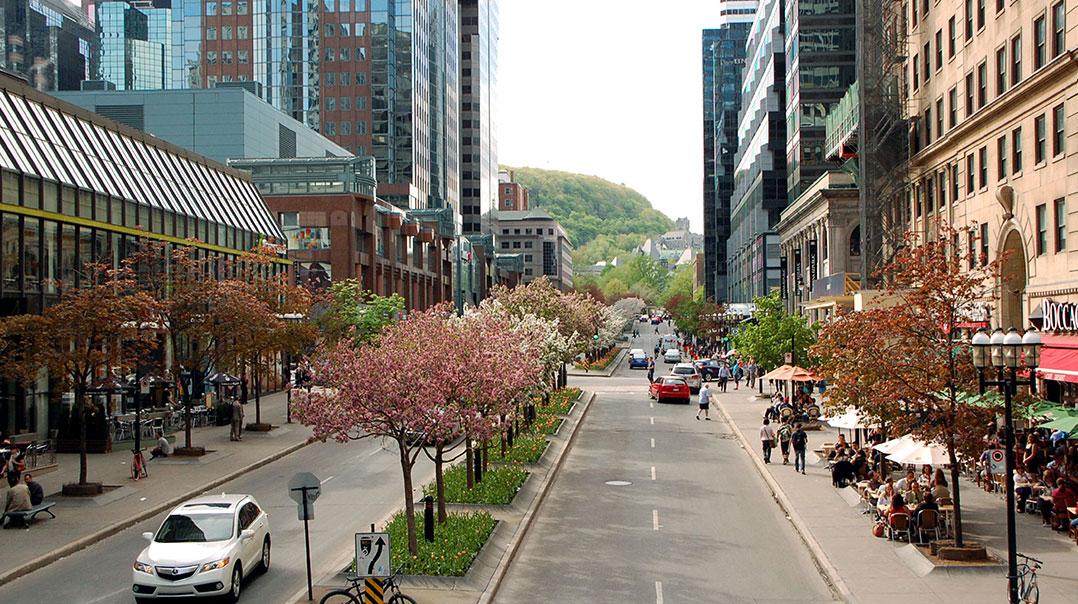 The city of Montréal is launching a Multidisciplinary Urban Design Competition for the redevelopment of Avenue McGill College into a public square.

Located in the heart of downtown Montréal, in an area experiencing rapid growth thanks to the redevelopment of Rue Sainte-Catherine Ouest, the city’s largest commercial thoroughfare, and to the arrival of the Réseau express métropolitain (REM), the Avenue McGill College square is aimed at offering Montrealers a new public space worthy of the 21st century.

The city wishes to transform this iconic avenue, which spans an area of 16,000 square metres, into a relaxing, people-friendly space where nature flourishes between two Montréal landmarks, from Mount Royal to Place Ville Marie.

The Deadline for handing in proposals ends on December 19, 2019 at noon Eastern Time.