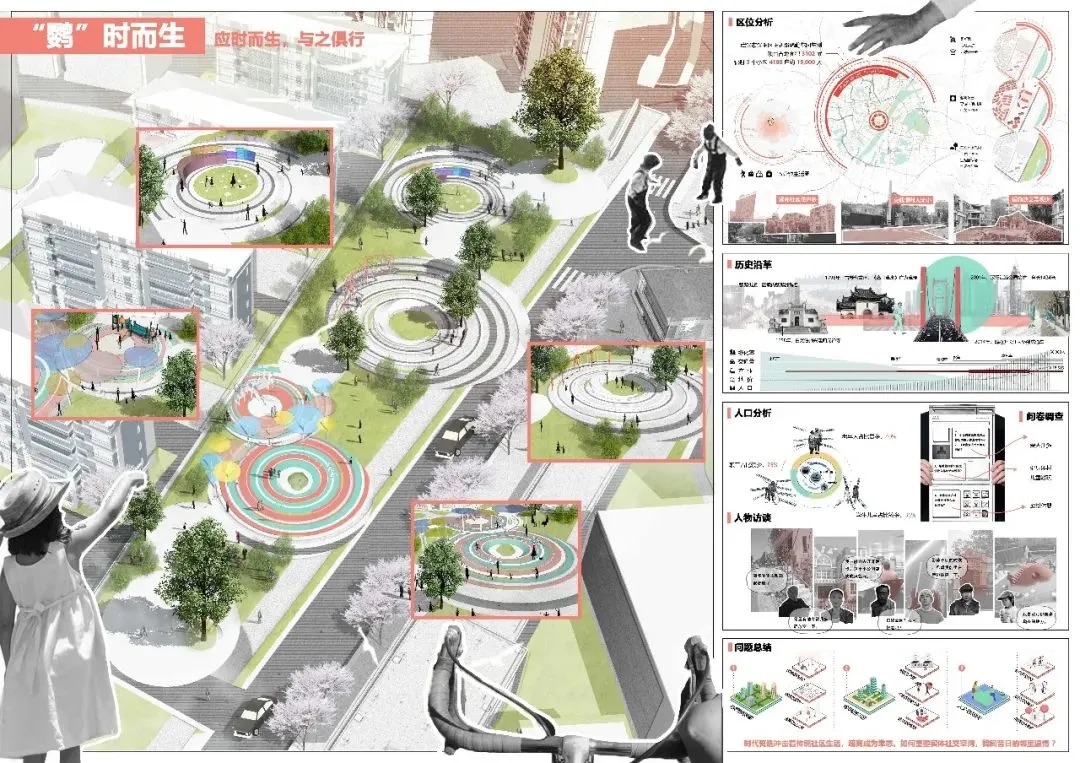 Some of the fragmented pieces of land in Wuhan have been transformed into beautiful parks for local citizens to exercise and relax. These parks are called “Pocket Parks”.In 2020, Wuhan has built one hundred such “Pocket Parks”. From finding the lands, to the design, all the way to the final building, the city planners, designers and builders have made concerted efforts towards the realization of the pocket parks. These parks have made up for the lack of green spaces for local residents, while being a solid step forward to the goal “to see plants in every 300 meters and parks every 500 meters” for the city.

Wuhan will build another 100 pocket parks this year, eight of which have openly called for design plans. The campaign has attracted more than 200 design teams at home and abroad to participate. On May 21, after fierce competition, the final selection of 24 outstanding design schemes was announced.

Liu Yuxuan and her team from the School of Architecture and Urban Planning of Huazhong University of Science and Technology designed “an all-age, all-season, all-time shared space” where community residents can interact and enjoy the beauty at any time. They also thoughtfully designed a sunken amusement park for children, making it safer to play by the road, and added a rain-proof canopy to the swings.

“Funny Folds” is designed by Huang Yun from Zhenghua Architectural Design Institute. The original idea comes from his daughter’s happy paper folding game. He has integrated paper-folding elements into the entrance door, tree pool, benches, children’s play area and other parts of the park, while using harmonious materials. When looked down from the air, they look like a long piece of paper connecting the whole park.

“Matchbox”, the design project of Huang Ziming and his team, has integrated the element of Qiaokou District’s match culture into the modern park. Matchbox-like devices are used to create a rest space for citizens. Gao Yingxin’s team created an elegant “reading garden”, preserving the old vegetable fields while rebuilding the space into an “urban micro garden” with the added function of science education.

According to the organizers of this initiative, these innovative solutions reflect the designers and residents’ desire for a greener living environment in the city. The works by the designers will be treasured and efforts will be made to transform the schemes into actual pocket parks.