Nagoya is located in the center of Japan and is the capital of Aichi prefecture. The city’s area is 326,4km, and its population is approximately 2.22 million. The area within a 40-50-kilometer radius of Nagoya, which extends across the three prefectures of Aichi, Gifu, and Mie, is called the Greater Nagoya Region. This economic block is one of the country’s three major metropolitan areas along with Tokyo and Osaka.

Nagoya has a unique history of modern urban development called ‘Kiyosu-goe’, where everything in the castle-town of Kiyosu was transferred to the Nagoya region with the completion of Nagoya Castle in 1612. Thanks to the history, culture and resources of our “urban community”, the district centered in Nagoya, now thrives as one of the world’s great nuclei of manufacturing.
The area accommodates a number of important businesses, including one of the world’s foremost automobile companies that started up in our city. The number of employees of the field of Design in Nagoya is in the third among ordinance-designated cities in Japan.

Nagoya proclaimed itself a ‘Design City’ in 1989. The inspiring announcement by the Nagoya City Assembly touched its citizens and imprinted itself on their memory. It has been a focus of the municipality ever since, encompassing three areas: community building, product manufacturing and the cultivation of human resources.
Design is synonymous with humanism, a philosophy that aims to achieve lasting peace by combining activities directed towards a new way of life, human wisdom, and techniques/ technologies that have been evolving since antiquity. In 1989 Nagoya celebrated the municipal government’s centennial anniversary. The city has risen from the ashes of the war and recovered from the heavy losses of the Ise-Bay Typhoon, an unprecedented natural disaster that hit the region in 1959.
After enduring all of these hardships, Nagoya discovered humanism’s expression in design. In order to respond to the citizens’ hopes for lasting peace, it resolved to put faith in design as a powerful agent in community building, and to share Nagoya’s experience with the world. Since the “Design City Declaration”, three major international design conferences (ICSID’89, IFI’95, Icogradea’03) were organized, as well as the World Design Exposition and the International Design Center NAGOYA (IdcN) was founded. IdcN was established with investments from the City of Nagoya, Aichi Prefecture and private sector corporations. IdcN widely endorses the world of design through venues like the creators shop Loop, which supports the work of young creators; the Collection Gallery, where artifacts of the American Art Deco Collection are displayed and the Design Gallery, which is as an announcement venue for projects of the IdcN as well as of those of designers and other creators.
The IdcN serves as a comprehensive support base for design and leverages an international network to develop a wide variety of enterprises. Nagoya City, together with the Nagoya Chamber of Commerce and Industry and the International Design Center Nagoya, prepared and applied to the UNESCO for the membership in the design category. In 2008, Nagoya City was appointed as an UNESCO City of Design.

The Greater Nagoya Region is one of the country’s three major metropolitan areas. 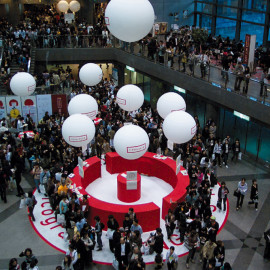 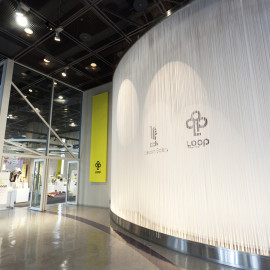 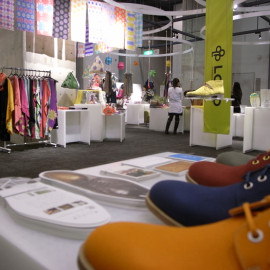 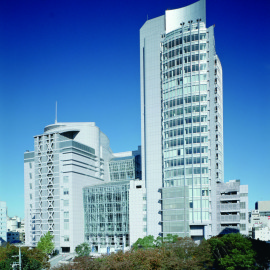 END_OF_DOCUMENT_TOKEN_TO_BE_REPLACED

Eriko Esaka gives us an insight into the creative culture.

An interview by Nina Prehofer from THE Stylemate How would you describe Nagoya’s creative scene? First and foremost, as a design city we have three…

END_OF_DOCUMENT_TOKEN_TO_BE_REPLACED

10 things to know about Nagoya (PDF)

Back to All Design Cities
We use cookies to help us improve, promote, and protect our services. By continuing to use the site, you agree to our cookie policy.OKMore Information