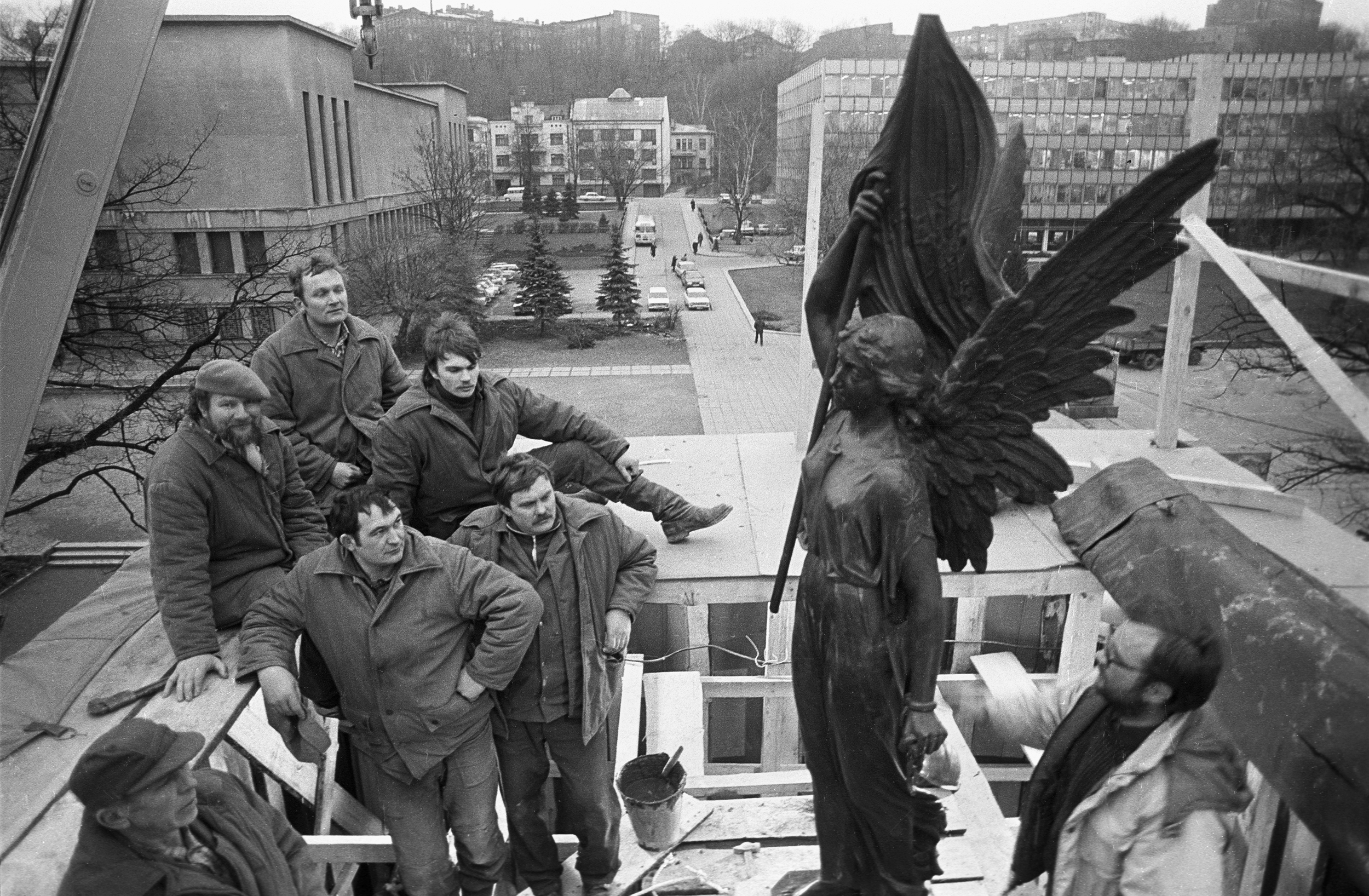 The 11th Kaunas Biennial seeks to oppose monopolistically populist practice of removing-erecting and conservative traditionalism, prevalent in the memory discourse of public art in Lithuania, and to stimulate and legitimise radically new, contemporary, conceptual, relevant ideas and strategies for monument-making, inviting international and local artists to

When Lithuania broke free from the rule of the Soviet Union a quarter of the century ago, it quickly got rid of all the monuments and sculptures that had anything to do with the communist ideology or Soviet occupation. Then, with the same hastiness, we rebuilt most of the national monuments that the Soviets had destroyed, and erected some new ones, yet of the same pre-WWII style and content. After paying that debt to the past we could hope for new public art to become more contemporary, new monuments to be more suggestive, and the remaining ideologically controversial or dated ones to be re-contextualised and acquire new meanings. However, apart from the several successful but temporary public art projects, a few abstract sculptures and a couple of less traditional monuments, this didn’t catch on. In fact, we are experiencing regression – in recent years the few remaining specimens of Soviet sculptural heritage were removed, and there is also a rising urge to erect more bronze heroes that the new generation can hardly relate to. Even abstraction in monument projects is often regarded as insulting, and there are demands to memorialise freedom by directly repeating not only romantic, but also totalitarian tradition. And here, in Kaunas, in the totalitarian meat-grinder of the middle of the 20th century, my grandfather as a young man, together with 34,000 other Jews, vanished without a trace. I found his telephone number in an old directory. 25367. From this moment it is the Zahir. But what about the others? When you walk around Kaunas, nothing reminds you that they all lived here, that they were all murdered, and why. But how to remember what is NOT THERE? How not to forget what is THERE? How to memorialise something you wish not to have been? And, in the face of over-saturation, what monuments do we really need?
– Paulina Pukyte, curator of the 11th Kaunas Biennial

The opening programme will include a two-day conference on 16-17th, Sept., 2017 with invited speakers such as prof. Aleida Assmann, prof. James E. Young, Jochen Gerz, Skaidra Trilupaityte, Laima Kreivyte, Rasa Antanaviciute and others.