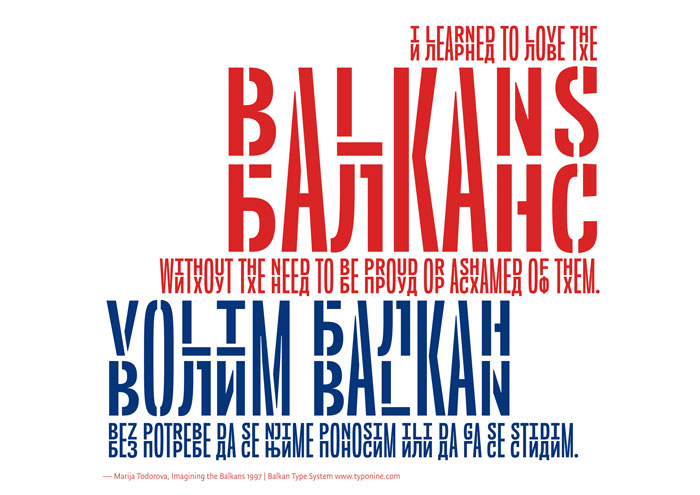 The claim of the biennial exhibition from which the awarded works were taken is quite high, as according to curator Marko Golub in the course of ‘Awarded Design from Croatia’ the ‘total of Croatian design production is to be covered’. Accordingly, there is a wide variety of presented work, that comprise visual communication and product design, just as new media and fashion design, but also interventions and installations in public space. Shortly: every creative field is to be seen and the portfolio of the objects ranges from highly commercial product design to non-profit oriented design in the context of research, art and culture. The 18 works shown at the Designmonat Graz were selected from more than 200 that were originally shown at Zagreb’s Museum of Arts and Crafts in 2014 as part of The Exhibition of Croatian Design, traditionally organized by the Croatian Design Association.

A part of the exhibition (curated by Maroje Mrduljaš with B. Vidaković and M. Golub) is dedicated to Croatian architect and designer Bogdan Budimirov. Budimirov, born in 1928, started his career after the Second World War in socialist Yugoslavia and in the following six decades was working in different fields, starting from architecture to furniture and product design. In 2014, he received an award for lifetime achievements from Croatian Designers Association. Designmonat Graz show also features a documentary film on Budimirov directed by Ana Marija Habjan for Croatian Radiotelevision.

Already since 1999, Croatian design has been shown in biennial exhibitions (‘Exhibitions of Croatian Design’) founded by the Croatian Designers Association, among other events, and in 2013 ‘Croatian Competitiveness Cluster of Creative and Cultural Industries’ (CCCCCI) was founded by the Croatian Ministry of Economy. It is an organization, which – similar to Creative Industries Styria – aims at linking the single creative industries among each other and with the classic industries. This year, the cluster also proclaims the ‘Month of Creative and Cultural Industries’ for the first time. It should help increasing the visibility of creativity and underlining the importance of creative output for the entire economy.