Bilbao Art District is a public-private initiative (Bilbao City Council – Biscay Provincial Council – art stakeholders) which seeks to support and promote the visual arts sector in Bilbao, converting the city into a meeting point for the different artistic entities and disciplines, as well as bringing art closer to the public.

The project has arisen out of the city’s expansion district, around the main Museums and a large number of artistic initiatives, and has extended to other areas with considerable artistic activity in a two-kilometre radius. A space where art can be enjoyed following different routes, walking through the collections of the Guggenheim Museum Bilbao, the Bilbao Fine Arts Museum, the Ría de Bilbao Maritime Museum, the Sala Rekalde exhibition space, etc; around the art galleries; open-air sculptures by contemporary authors such as Dalí, Chillida, Koons, Kappoor and Bougeois, amongst others; works by architects such as Pelli, Isozaki, Ferrater, Soriano, Moneo, Siza, Gehry, Calatrava, etc.

The Arts in their many guises have been, and are, one of the main axes Bilbao has focused on for its transformation, and this initiative has consolidated this effort, which began with the opening of the Guggenheim Museum.

In this context, 2013 saw the birth of Bilbao Art District, an initiative that draws on the combined participation of Bilbao City Council, the Biscay Provincial Council, art galleries and other stakeholders in the sector. The Guggenheim Museum, the Museum of Fine Arts, the Rekalde Room, and the Maritime Museum are also involved. 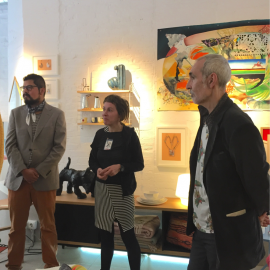 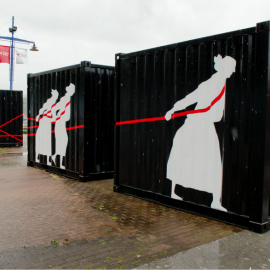 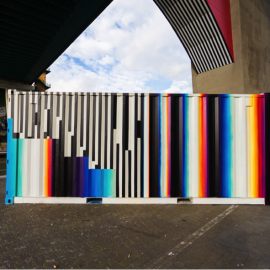 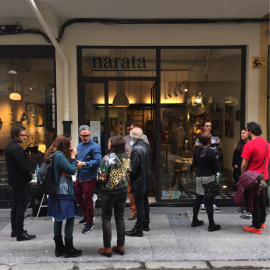 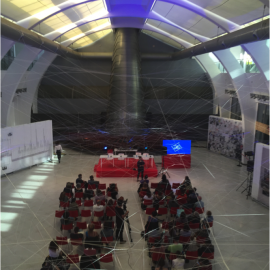 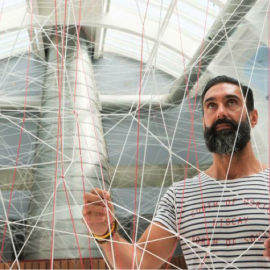 It counts the following among its objectives:

It works with the sector throughout the year to achieve the aforementioned objectives, but in May and October, specifically, it develops a special programme for the public and the sector as a whole in the city.