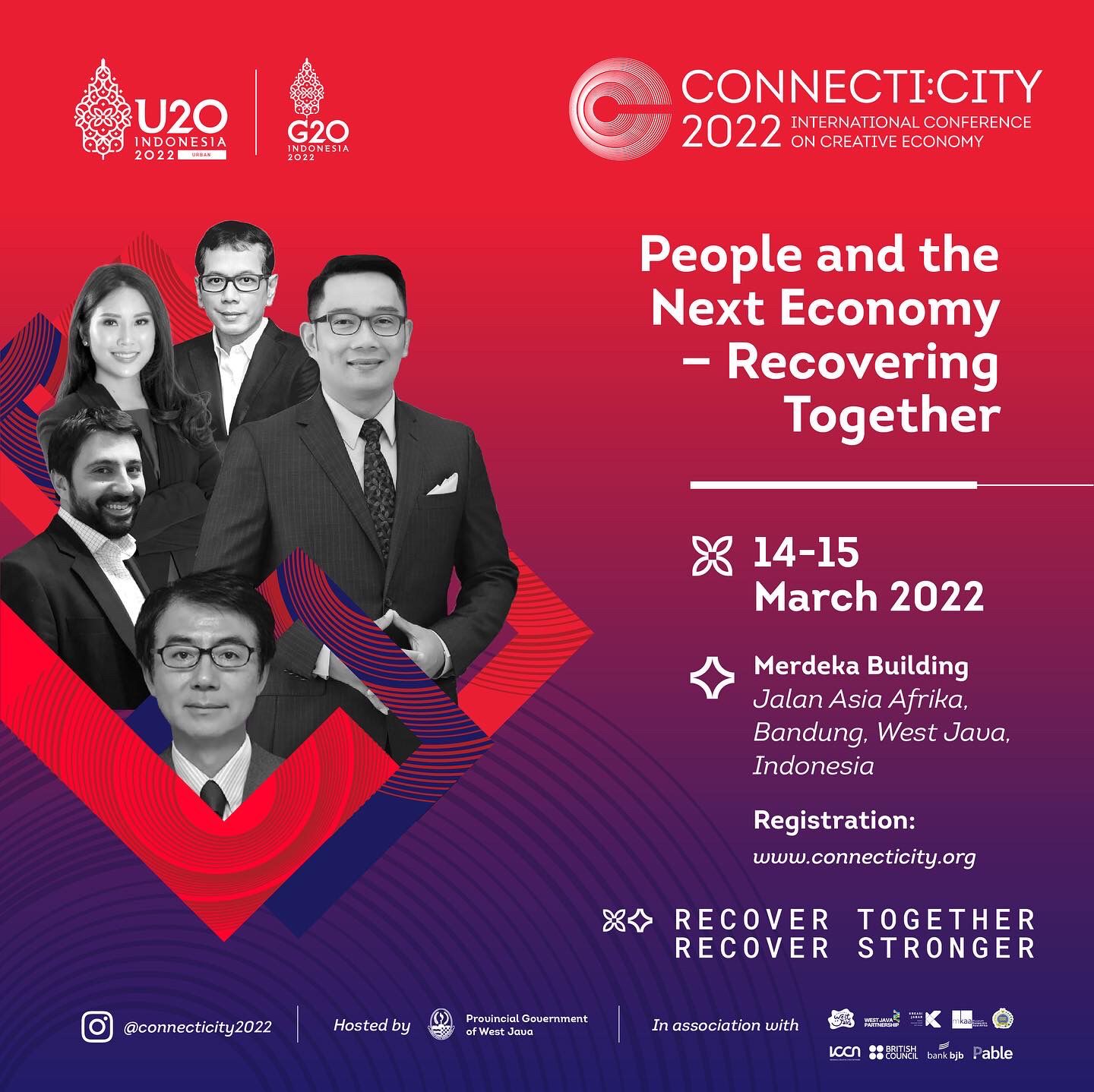 Connecti:City is an international conference on creative economy hosted by the West Java Province. This year, Connecti:City is held as the side event of Urban 20 (U20), one of the engagement groups during the Indonesia G20 Presidency 2022.

The theme of Connecti:City 2022 is “People and the Next Economy – Recovering Together”. Connecti:City will take place on 14-15 March, 2022, online and on site at Merdeka Building, or Asia Africa Conference Museum, in Bandung, UNESCO City of Design, the capital city of West Java Province, Indonesia.

Connecti:City aims to produce Policy Recommendations concerning the creative economy within urban contexts, which will be delivered to the G20 Sherpa.

This year, CONNECTI:CITY International Conference on Creative Economy, in conjunction with the Indonesia G20 Presidency and as a side event of U20, brings up the theme “People and The Next Economy – Recovering Together”.

CONNECTI:CITY 2022 serves as a platform for experience and knowledge exchange in promoting the potentials of creative economy as a sector that answers to the SDG challenges in post pandemic recovery. CONNECTI:CITY 2022 discusses the issues of creative economy implementation at the city level, particularly in the Global South, including the roles of the informal economy within the creative industries, creative economy ecosystem, resilient cities, creative industries, digital technology disruption, inclusive opportunities and future jobs.

connecticity@gmail.com
@connecticity2022
Back to overview
We use cookies to help us improve, promote, and protect our services. By continuing to use the site, you agree to our cookie policy.OKMore Information