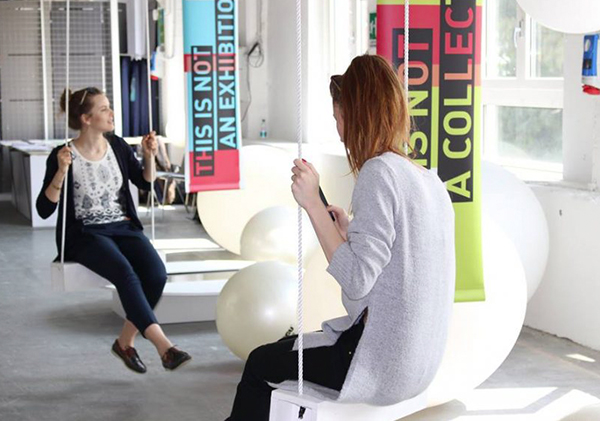 “Human Cities_Challenging the City Scale” is a European project, exploring the way in which the inhabitants reinvent the constantly evolving contemporary city, through experiments in the urban space. Cofunded by the Creative Europe/Culture program of European Union, it is led by the Cité du design of Saint-Étienne for 4 years (2014–2018).

Cities are growing fast while the world is changing in a spectacular way, and we have to face up to this new paradigm. The model of the traditional city, with a centre and a surrounding area, is disappearing, to be replaced by a world of networks, connections and multipolarity. How can we generate a vibrant city adapted to these new ways of life? We believe that the keys to success for towns and cities are in their human values, shared creativity and design experimentation.

In 2016, to answer these challenges and share it with creative communities, urban planners and activists, the partners of the program will

This exhibition will travel around the main European design events. In 2016, it will be presented in Milan design week (12th-17th May 2016) and Belgrade Design Week (October 2016). A digital catalogue developed by FH Joanneum Graz is already set up to follow and share the exhibition. (free app available in Google and Apple stores under the name “HUMAN CITIES CATALOGUE”).