The Cité du Design poroposes a special exhibition in the framework of the UEFA EURO 2016. Mi-Temps (Half-Time) reveals the universe of soccer, its history and its future, through its fundamental elements: balls, field, myths created around the players and the clamour of supporters, which give it its force and power. The exhibition is a journey through objects, artworks, balls of collection, videos and playful digital interaction, to question this environment that seems immutable. But what it will be in some decades? Ball, field, supporters, even players, what will be their evolution? Numerous scenarios can be explored considering the innovations developed by researchers, industrials, and the the proposals coming from the imagination of worldwide creators. 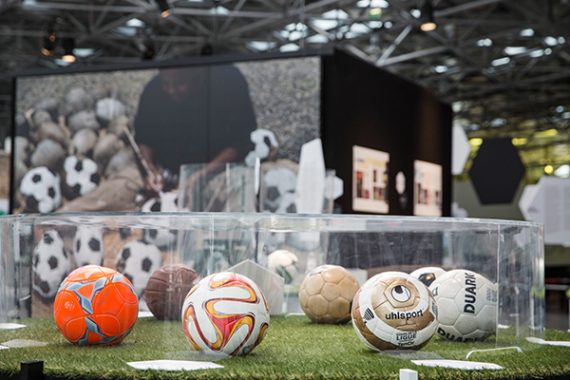