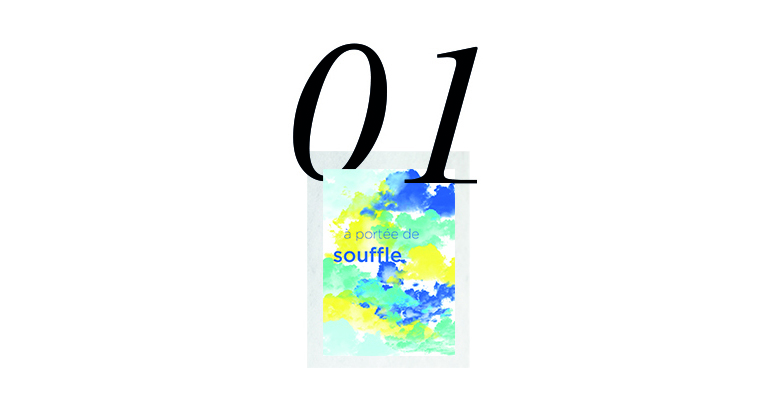 Following the invitation of Soichiro Kimura, director of the Japanese association of Nagoya “Arts Bridge Cities” (ABC), a collaboration project initiated Nagoya and Saint-Étienne, both Creatives Cities of Design. According to ABC, architecture, art and design are tools to better improve social and cultural environment. With the support of Comittee of UNESCO Creative City of Design of Nagoya, the Alliance française of the prefecture of Aichi, Nagoya Design Centre, and Saint-Étienne “Cité du design”, ABC launched a call for project to students from Saint-Étienne’s École Supérieure d’Art et de Design (ESADSE). The aim was to set up an ephemeral artistic creation on the belvedere of Nagoya’s television tower.

12 design student team participated and the winner project was untitled “À portée de Souffle”. It was held by two Bachelor students, Lorie Bayen El Kaim and Lauriane Carra. They designed an installation inviting the visitors to experiment an intriguing breathe of the building, in an intimate and quiet atmosphere. It has been realized in Nagoya by the students together with the professional teams of ABC and TV Tower.

From 26 February to 14 March 2016, “Utopia in the Cloud” took off as an eighteen-day showcase, and crystallised the partnership between the Creative Cities of Saint-Étienne and Nagoya.

Processed with VSCOcam with a8 preset