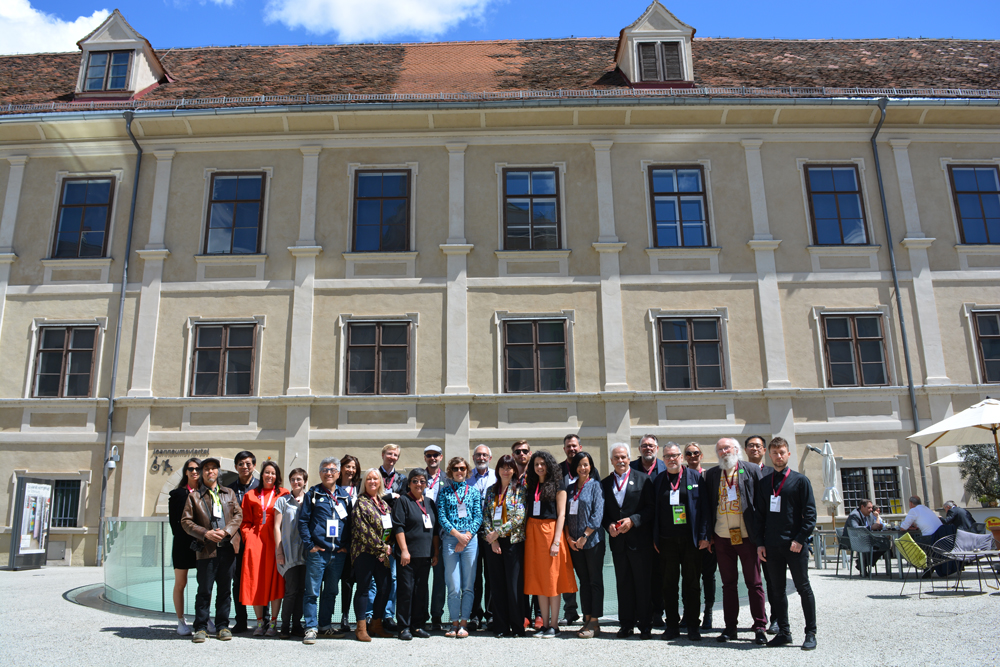 The international Council of Design (ico-D) is the world’s largest representative of the international community of professional designers, composed of national design associations and design education institutions. ico-D was founded in London in 1963 and has been based in Montréal since 2005. It is a global professional design organization with more than 140 organizations in 67 countries and regions, including national professional associations, educational institutions and funding agencies. As a member-based network of independent organizations and stakeholders working in the multidisciplinary design field, it promotes the value of design practice, education, research and policy.

Since 2017, special meetings are held annually. The Special Meeting fosters collaboration and exchange between  the international community of professional designers—the ico-D Membership—and these various promotion and valorisation entities to address overlapping challenges and objectives. Through networking and cooperation, participants are able to more efficiently utilise resources. ico-D believes in the importance of strengthening the international design community by supporting inter-entity knowledge transfer and collaboration.

In 2019, Creative Industries Styria and Graz as a UNESCO City of Design hosts this special meeting. This year, too, the international design community strengthened supports knowledge transfer and cooperation between the entities.

It’s Special. It’s a Meeting: The International Council of Design’s “Special Meeting” challenges Design Weeks and Biennales, Design Museums and Design Cities from across the planet to come up with new ways to use design to better our lives.

While designers across the globe are focusing on their upcoming projects, managing clients and keeping up with what’s new and interesting in the world, there are hundreds of dedicated organisations that are working behind the scenes to support them. These organisations strive to push the profession forward by increasing awareness among the design community, by educating policymakers and governments, and by creating networks and advocacy platforms among designers to leverage their reach and power. The global design landscape is vibrant and varied.

ico-D now represents 120 different organisations in 55 different countries. The Council is a connecting and coordinating force for design organisations to leverage their expertise, resources and clout. The Council covers subjects like the professionalisation of design practice, the aspects of education that touch specifically on training design professionals—not “designing”, i.e. the CAD work and sketching—but by providing guidelines for professional ethics and notions around the role of the designer in the world, and consolidating this role into a collective voice of design in order to better communicate with governments and other fields.

As the design industry evolved and became more complex, so did the multiple voices of design. The International Council of Design realised the importance of connecting with other emerging entities, and in 2017, a first effort to gather non-Member type organisations: Design Weeks and Biennales, Design Museums and Design Cities, began to take shape. A meeting in Montréal kicked-off the initiative, which was dubbed — for simplicity’s sake—the “Special Meeting”.

What is a ‘Special Meeting’?

“We created the Special Meeting when we noticed all the informal ways that people were talking to each other about issues and the future of design. Real work and networking was happening among people in their own cities, at Design Weeks, and in the off-hours at Design Biennales, Museum openings, and so on. The question became: What can take root when an international body helps these smaller, grassroots bodies get together in a more formal setting? This hadn’t been done before, and we felt there was a missing link in the chain of conversation happening between conventional institutions like museums and local design initiatives like Design Weeks, happening in countries like India, Lebanon and South Africa”, states Communications Officer Alisha Piercy.

The first pilot meeting brought together representatives from 15 organisations from ten different countries. “The result was a ‘formal, but loose’ meeting of organisations working in a productive, energetic way, who otherwise, were unlikely to have met. The Special Meeting format gave valuable space for these design entities to share successful programmes they had achieved, as well as outline experiences and best practices they hoped to pass on to others”, according to Piercy. The success of the one-day meeting in Montréal led to a second meeting in China in September 2018 in partnership with Beijing Design Week, the world’s most trafficked design week with an annual footfall of 8 million participants.

The Montréal and Beijing meetings stimulated discussion around things like: Where is design headed? How do we bridge the gap between design and industry? How do local initiatives gain foothold with their governments? How do you put a smaller city on the global design map?

Special Meeting sessions presented local models with ambitious adaptive strategies: Beirut Design Week discussed rebuilding the image of Beirut and people’s perception of the city after years of appearing in the news cycle as a war-torn city. Nagoya UNESCO City of Design shared management and preservation strategies developed for integrating Japanese cultural heritage with contemporary design as well as the ways in which the city’s history was incorporated in the modern manufacturing sector. Puebla UNESCO City of Design questioned the very role of design in government, proposing a model for design embedded in government infrastructure, while the Moscow Design Museum presented a survival guide for museums creatively overcoming funding problems, or even “homelessness”.

On May 09–11, 2019, the International Council of Design organises a Special Meeting during Graz Design Month, hosted by Creative Industries Styria and once again partnering with Beijing Design Week. Topics of discussion range from the philosophical, How can we collaborate to implement fundamental change? to the actual, Women and Design to the practical, Connecting the design community to business, government, the public. In addition to lively debate, it is expected that participants will build tools to work better with the resources they have at hand, and by creating international networks to transfer know-how and collaborate on joint projects.

List of Attendees of the Special Meeting 2019 in Graz

The Special Meeting is a symposium which is not open to the public. 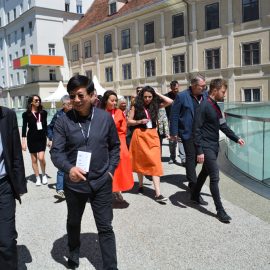 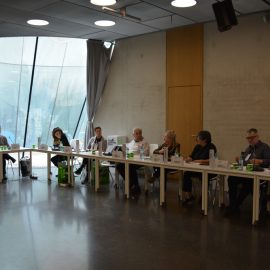 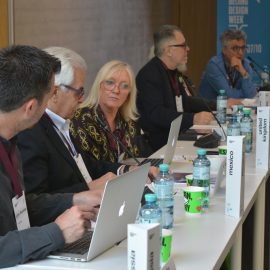 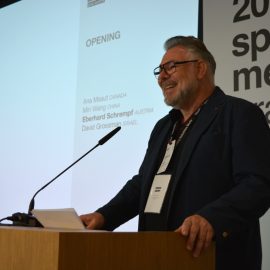 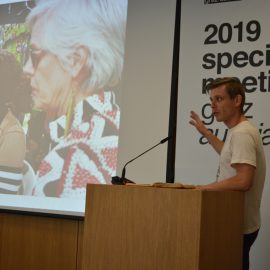 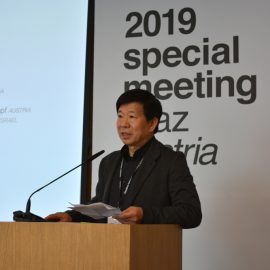 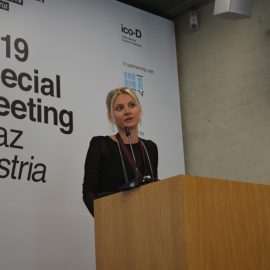 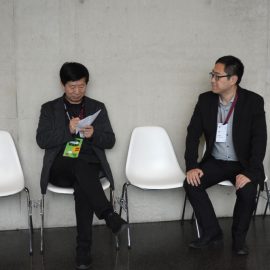 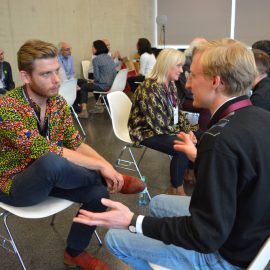 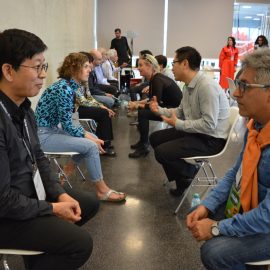 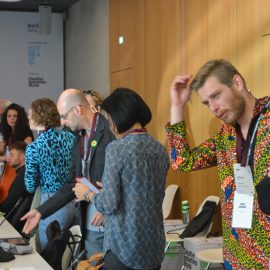 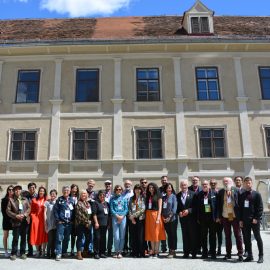