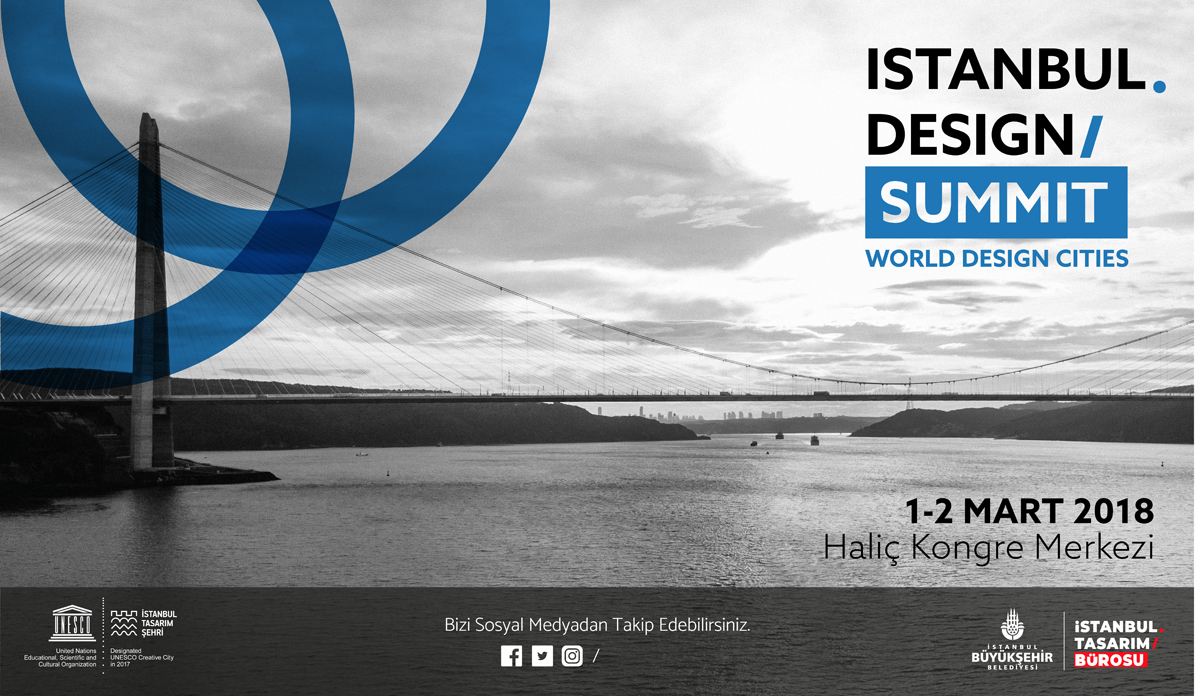 Each nation has its own design policy – a vision that defines how design is thought and implemented nationally. The aim of the World Cities of Design summit is to highlight the importance of design policies in creative cities and to create a policy in a workshop. The importance of innovation is just as important as the value of design.

Istanbul Design Summit, is the design event that aims to announce the mission of the City of Design Istanbul, which has a rich design concept in the architectural texture, landscape areas, urbanism concept, craft and art field. Summit will serve as a hub and support Istanbul’s design ecosystem stakeholders, implement Design City Programs in the long term, encourage multi-disciplinary work, provide technological infrastructure, promote the visibility of young designers and enhance international cooperation and experience sharing.

A national design policy outline study will be conducted at the summit where design panels will be formed with a common idea base for the views of the Design Cities in the field of design policy. 31 UNESCO Cities of Design representatives, creative cities network and design professionals will meet at the Istanbul Design Summit.

When: March 1–3, 2019
Where: Haliç Congress Center, Istanbul, Turkey
Program: Can be seen here. 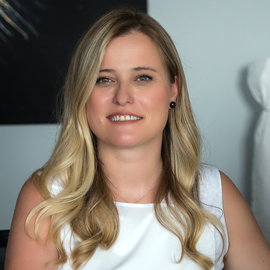 Melike Altınışık is an award-winning architect, designer and educator, who is dedicated to develop an innovative approach towards architecture, urbanism and design. Her work aims to develop the relational thinking capacities of the architecture in its relation with design technologies.

Since 2006, she has developed her wide range international professional architectural experience  by working on significant projects of varying scales  from high-rise buildings, masterplans, cultural centres and museums to bespoke furniture designs. Her design work received a number of prestigious design awards including Europe 40 under 40, FEIDAD Design Award 07’ and Swiss Art Award.  She participated in various national, international and invited architectural competitions, exhibitions and publications. Her work includes prize winning projects such as Istanbul TV and Radio Tower (Istanbul, Turkey – Underconstruction).

Besides her professional architectural practice, she has been an invited critic, guest lecturer, speaker and jury member at various institutions such as AA (Architectural Association, London), SAC (Staedelschule of Architecture, Frankfurt), LAU (Lebanese American University, Beirut), ITU (Istanbul Technical University) , BU (Bilgi University, Istanbul). Prior to forming her practice in Istanbul, she has worked in London as a Lead Architect with Zaha Hadid Architects (2006-2013). 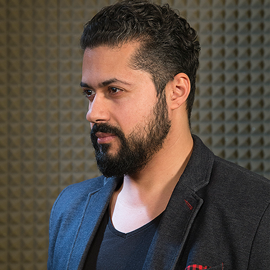 After graduating from Bilkent University Graphic Design Department with a special talent scholarship and with a High Honors degree, he completed his thesis work in Hacettepe University, Institute of Social Sciences, Department of Graphic Design (2004) and Proficiency in Arts (2009) with the expertise of Animated Graphic Design. In addition to his academic studies, he worked as an art director in various design and construction companies in the professional sense. Since 2001, he has conducted more than 150 international corporate identity projects as a freelance designer and his work has been awarded in many publishing houses’ books. He gives lectures on “Motion Graphics”, “2D and 3D Animation” and ”Interaction Design in a university. He also organizes workshops such as ”Creative Leadership”, “Design Thinking”,”Work-Life Balance”,“Personal Branding”, “Storytelling”, which are focused on managers and team leaders for corporate firms. 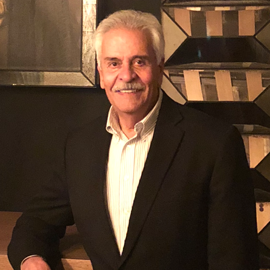 Luis A. Gonzalez-Arenal is a Mexican architect with more than forty years of active architectural practice who is the founder and principal & CEO of Rearquitectura (Rearchitecture), an urban and architectural design oﬃce based in Puebla, Mexico that has been honored with an important number of design awards and which he heads along with his son & partner Luis Rodrigo. Reaquitectura has completed more than 600 design and building assignments for clients from Mexico, the United States, Canada, Germany and Hong Kong and has been a consultant to companies in Denmark, Vietnam and Laos.

He is a member of the Honor Society and Ex-president of the Puebla Institute of Architects, Life Member of the Mexican Institute of Architects and the Mexican Association of Architects, an International Associate Member of the American Institute of Architects and a member of the UNESCO experts group on design and creativity.In addition to his professional practice, he has been an architectural and urban design professor for more than thirty years and a founding professor on the urban studies master degree program in the Iberoamericana University in Puebla. He is on the academic consulting boards of the Universidad Iberoamericana Puebla, Universidad de las Americas and UPAEP University.Luis has a Master Degree in Urban Studies from the Iberoamericana University and is a PhD Candidate in a Doctorate Program from the University of Valladolid in Spain.Since 2011 Luis has been a compromised advocate of the importance of promoting innovation, creativity and design in Puebla. This compromise and a continuos work lobbying for this cause has made possible that Puebla kept his designation as the Capital City of Innovation and Design from Mexico but also that it was designated by UNESCO as a City of Design and a member of the Creative Cities Network. He is currently the Innovation & Design Commissioner of the State of Puebla.

After graduated from Bilkent University, Department of Interior Architecture & Environmental Design, she attended Design Culture & Management Program at Istanbul Bilgi University. She is experienced in a variety of areas such as; interior design, furniture design, design management, design thinking, concept development and branding. She worked as an interior architect & design manager for 18 years, started an amateur enterprise called ProjeTasarlaTR in 2002, organized amateur design exhibitions. She was the project manager of the first Istanbul Design Week in 2005 and has written projects for brands and organized design exhibitions. She writes about design in various publications like Manifold Press. She created GOM in 2015. GOM is a design brand active on educational technologies for children’s creative toys and games. It is a patented toy and a teaching method and awarded for Superior Design Award 2018 by Design Turkey and rewarded for the 2nd place at Design Intelligence Award 2018 by China Academy of Art. She was selected as the creative women entrepreneur for #shemeansbusiness award by Facebook & Vogue. She believes in creative resistance for designing of the future. 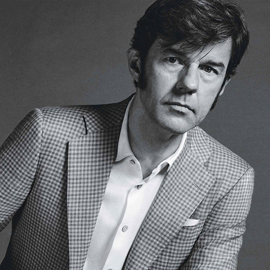 Stefan Sagmeister is a designer and art director from Austria who currently lives and works in New York City. He has worked for the Rolling Stones, The Talking Heads, Lou Reed, and The Guggenheim Museum, among many others. Exhibitions on his work have been mounted in New York, Philadelphia, Tokyo, Osaka, Seoul, Paris, Lausanne, Zurich, Vienna, Prague, Cologne & Berlin. He co-directed a documentary “The Happy Film” which premiered this spring (2019) at Tribeca Film Festival. 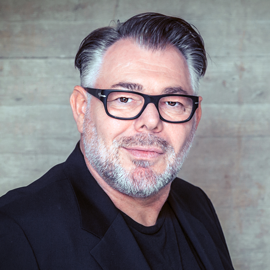 As the managing director of Creative Industries Styria GmbH, Eberhard Schrempf has been developing the network of creative industries in the Austrian province of Styria for many years. He was responsible as a successful cultural manager and designer, among others for Graz 2003 – European Capital of Culture Organizations GmbH as managing director and artistic vice-intendant. On behalf of the Republic of Austria, he developed and realized large-scale intervention art projects for the public space on the occasion of the commemoration year 2005 and the EU Council Presidency of Austria 2006. Eberhard Schrempf is responsible for the successful designation of Graz as City of Design in the international network of the UNESCO Creative Cities. In his function as head of the network of Creative Industries Styria, he also acts as a competence center for design in relation to the Design City of Graz. In addition to many other projects and formats for using the transformative power of creativity, he also launched the annual Festival Design Month Graz in 2009 – since 2007 he has been networking the regional design scene across the globe. As an expert in design and creative industries, he is a popular speaker and panelist at numerous international conferences. He is also active as a long-term and experienced lecturer at the University of Applied Sciences Joanneum at the Institute of Design. Eberhard Schrempf was born in 1959 – he lives and works in Graz/Austria. 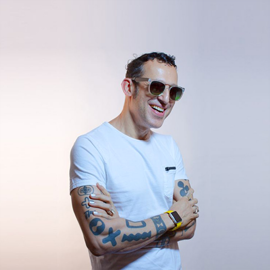 Karim Rashid is one of the most prolific designers of his generation. Over 3000 designs in production, over 300 awards and working in over 40 countries attest to Karim’s legend of design. His award winning designs include luxury goods for Christofle, Veuve Clicquot, and Alessi, democratic products for Umbra, Bobble, and 3M, furniture for Bonaldo and Vondom, lighting for Artemide and Fontana Arte, high tech products for Asus and Samsung, surface design for Marburg and Abet Laminati, brand identity for Citibank and Sony Ericsson and packaging for Method, Paris Baguette, Kenzo and Hugo Boss.

Karim is a frequent guest lecturer at universities and conferences globally disseminating the importance of design in everyday life. He holds Honorary Doctorates from the OCAD, Toronto and Corcoran College of Art & Design, Washington. Karim has been featured in magazines and books including Time, Vogue, Esquire, GQ, Wallpaper, and countless more.

Karim’s latest monograph, XX (Design Media Publishing, 2015), features 400 pages of work selected from the last 20 years. Other books include From The Beginning, an oral history of Karim’s life and inspiration (Forma, 2014); Sketch, featuring 300 hand drawings (Frame Publishing, 2011); KarimSpace, featuring 36 of Karim’s interior designs (Rizzoli, 2009); Design Your Self, Karim’s guide to living (Harper Collins, 2006); Digipop, a digital exploration of computer graphics (Taschen, 2005); Compact Design Portfolio (Chronicle Books 2004); as well as two monographs, titled Evolution (Universe, 2004) and I Want to Change the World (Rizzoli, 2001). In his spare time Karim’s pluralism flirts with art, fashion, and music and is determined to creatively touch every aspect of our physical and virtual landscape. 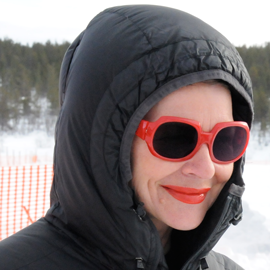 Päivi Tahkokallio is Founder and CEO of Tahkokallio Design+, a design thinking and strategic design agency from Lapland, Finland.

Päivi, with her track record on strategic and social design has been called the mother of Arctic Design, a design approach to support sustainable development of the Arctic. Creator of the brand for the Arctic Design Week, she helped the city of Rovaniemi to partner up with Helsinki, the World Design Capital in 2012, and was the catalyst in the inclusion of arctic design in the national Arctic Strategy of Finland. Päivi has extensive experience in the inclusive approach to design. During the 20 years with the University of Art and Design Helsinki (now Aalto ARTS) and The National R&D Centre for Healthcare and Wealth, Päivi became an international advocate of Design for All, creating and leading the Design for All Network in Finland and actively participating in the work of European eAccessibility Design for All Network.
In the early years of 2000 she was the President of Design for All Europe EIDD. Päivi is President-elect of BEDA, The Bureau of European Design Associations with 50 designer and design promotion organisations in 26 European countries, and Vice President of Ornamo Art and Design Finland. She is the Chair of Design Committee of Lapland Chamber of Commerce and a Fellow of the Royal Society of Arts, Manufacture and Commerce (FRSA, London, UK).