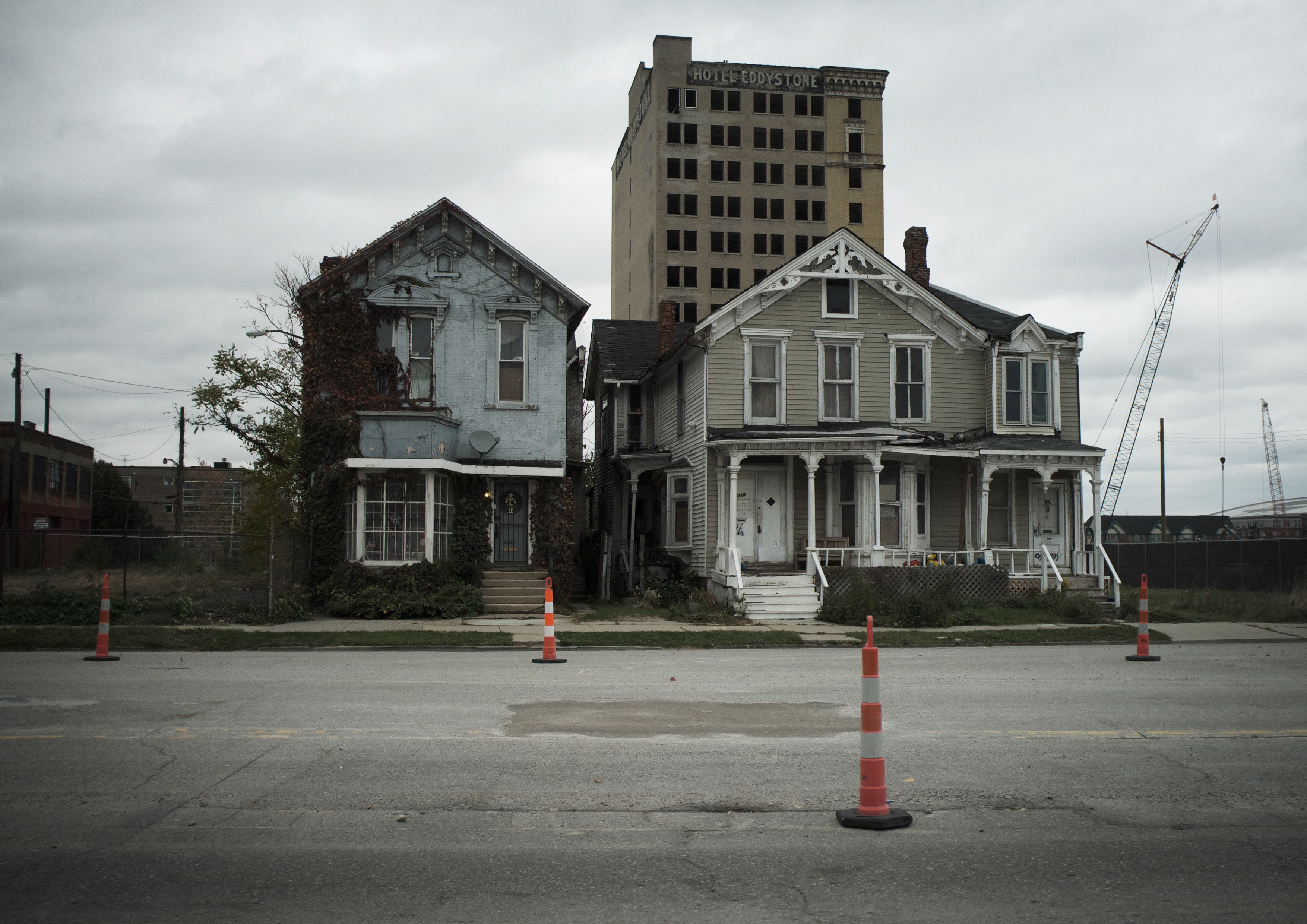 The manifold exhibition ‘Nothing stops Detroit’ was planned by three students of the FH master degree program Exhibition Design, namely Patricia Wess, Janine Hugsam and Eva Stern. It shows a polarizing and pulsating design metropolis, the former automotive city Detroit that since December 2015 has been the very first UNESCO City of Design in the US and currently counts almost 700,000 residents. Since the downfall of the automotive industry, the number of inhabitants has decreased from three million people by more than three quarters. Especially wealthy classes migrated and left empty plants, buildings, and streets. This has resulted in crime, unemployment, and poverty – which the city at the big lakes is still fighting with.

The core of the exhibition is the vacancy that is dominating the city. Due to the mass migration within the past decades, milelong avenues and even whole quarters are almost deserted. The exhibition trio will illustrate different points of view with pictures. This includes for example the unequal proportion of pavements and streets – the result of the longstanding car boom – just like the expulsion of the homeless from the city.

Apart from the experiences of the students, they will also show work pieces of Detroit-based creative professionals. They are energized and bring back life where it used to be extinct. Best-practice-examples are provided by Carl Nielbock. But not only Carl Nieboeck. The Graz students got to know other designers, too – with the help of creative network lady Elli Schneider of dc3, Detroit Creative Corridor Center, which also developed the application for Detroit UNESCO City of Design. Furniture designers Ali Sandifer or the Russell Art Center/ Detroit, are also presented in the exhibition, among many others.