The Seoul Design Foundation has been preparing many big events for this September and Seoul Design Week is one of them. DDP and some design related districts in the city center of Seoul are the main venues of SDW2017.

The main theme of Seoul Design Week 2017 is Design for Better Relationships.

At the opening conference, Japan’s Yamazaki Ryo, a community designer as well as an architect, delivered the keynote address introducing a design that develops the relationship between the residents and the village. He invigorated some backward areas by adopting “community design.” Pierre Fortin, an urban designer, introduced his story about transforming Montreal’s nightlife district into a public square, while Simone Carena, professor of IDAS, introduced some examples of design enhancing the value of public spaces.

The guest speakers at the conference introduced cases of relational design and communicated with citizens, giving their appraisals of Seoul and its design.

“EP. age” was one of the programs prepared to support the design of young designers through audition. Seven teams of university students and start-up designers were mentored by senior designers for seven weeks, after which they presented their ideas. Three presenters were awarded the mayor’s award, SDF award and SDW award.

The second Seoul Smart Mobility International Conference was held at DDP Art Hall on September 26, following up on last year’s successful exhibition and conference on smart mobility. The theme of this year’s conference was “Smart Mobilities gather in an eco-friendly sharing city, Seoul.”

John Thackara, a senior research fellow of Great Britain’s Royal College of Art and the so-called “futurologist of the design world,” attended the conference as a guest speaker, giving keynote speech about mobility design in civil ecology. He also delivered a lecture about the economy of the future on September 27.

During the Design Week period, there were various educational programs for youths and students of design. The DDP hosted a presentation, “Asian Colour Trend”, suggested by Japanese design firm DIC; an international seminar on “Universal Design,” a design that can be used easily and safely by all regardless of age or ability; and the Condé Nast X DDP workshop about branding, event management and fashion media art direction. 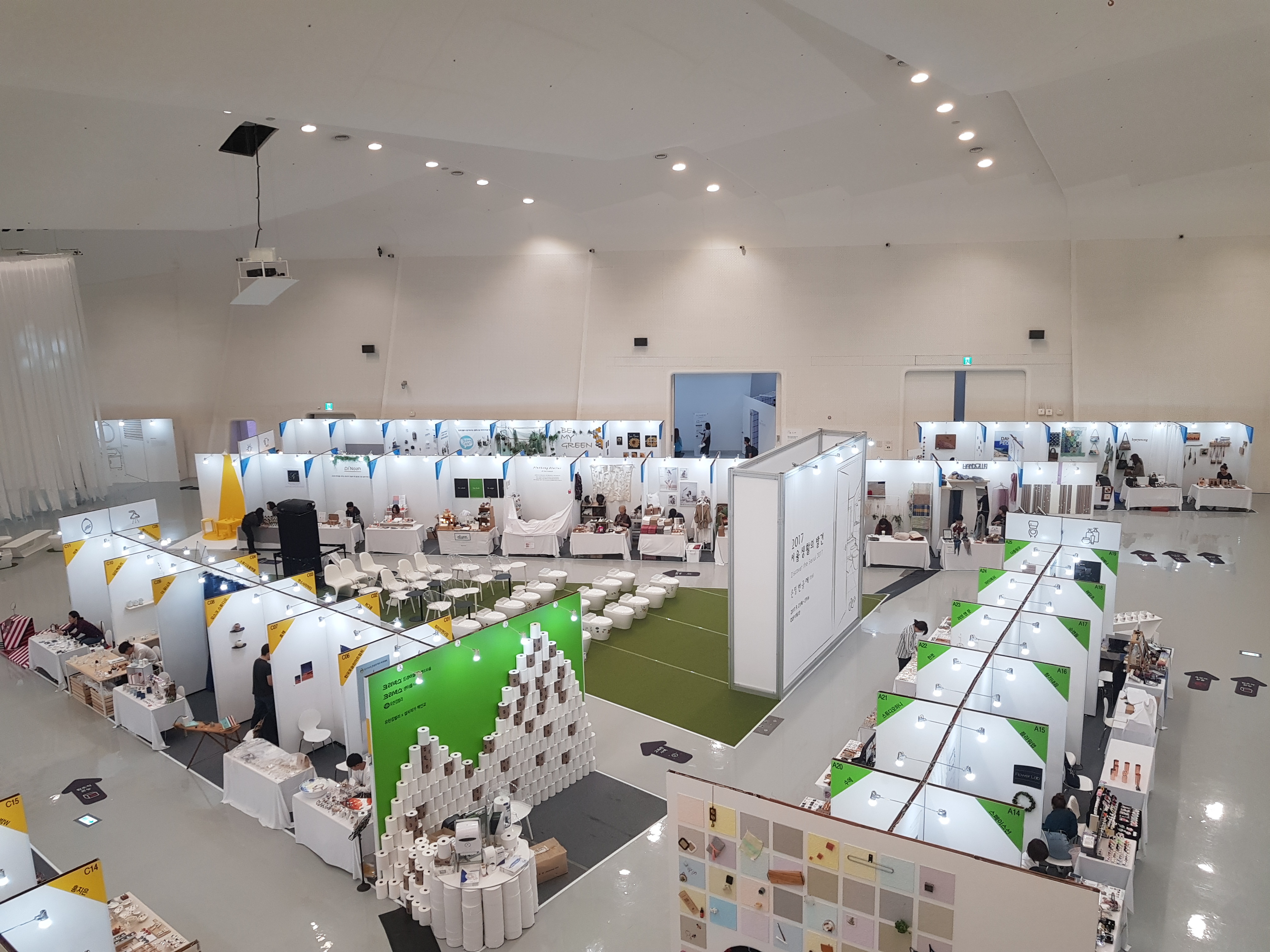 Other events and exhibits took place in DDP. The Seoul Crafts Fair, held annually since 2015 to vitalizing the craft industry, returned with a more private theme. To celebrate the 100th anniversary of the display of Marcel Duchamp’s “Fountain,” that the genius of which changed our perspective toward the toilet bowl, SDF has organized this year’s fair on the theme of the toilet and bathroom. The fair showed us how elements that we use everyday in our bathroom can become beautiful works of art. Paying homage to Duchamp and of his modern art, various artists and designers conceptually re-conceived the toilet and the bathroom in the modern sense, too.

The most important message to the visitors of 2017 Seoul Design Week was that design is no longer something to just look at, but something that is already with us in our daily lives.