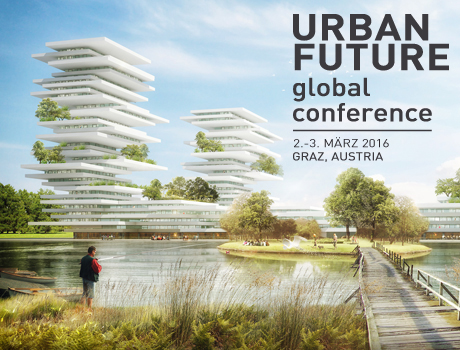 Knowing what to do in order to reduce your city’s climate impact is one thing. Knowing HOW to do it, however, is a completely different story. Next March more than 1,500 City Changers from 300+ cities in 50 countries meet at the largest such event to exchange their experiences on how to make change happen. Be one of them.

Anyone working on climate issues within organizations or cities faces similar challenges. It’s relatively simple to find out what should be done to reach certain goals. However, the challange seems to be how to actually do it. In fact, this seems to be the KEY question and it is often very frustrating to see how slow change is happening or how little is actually changing.

„How can I really make change happen?“ is probably the most commonly asked question of experts working on sustainability issues in a city.

City Changers shape their cities’ future
Like yourself, there are many experts around the world who work on similar sustainability issues, in similar organizations … and must overcome similar challenges.

They come from cities of all sizes and are experts from all levels in a wide variety of fields, ranging from mobility, public administration, housing, energy and resources to communications, social inclusion, resilience and change management. What they all have in common is their will to make cities better places and their vast amount of valuable experience in making change happen.

Tap into the experience of hundreds of City Changers
What if you had all the experience in making change happen that experts like you have made in hundreds of cities across the globe? What if they shared their success factors and you knew all about their mistakes and how they fixed them. Would that make a difference to you? And to your city?

Meet the people who make change happen
Close to 200 speakers from 4 continents talk about how they enable change. Meet political leaders, such as the mayors or deputy mayors from London, Paris, Porto, Tübingen, Berlin, Oklahoma City, Bogota, and Montreal. Meet business leaders from companies such as Uber, Siemens, Copenhagenize, JC Decaux, KPMG, and Doppelmayr as well as visionaries from cities around the globe, including Barcelona, Tel Aviv, New York, Copenhagen, Rotterdam, Vienna, Oslo, Malmo, Amsterdam, Rome, Bremen, Poznan, Bristol, Vitoria-Gasteiz, and many more.

• Klaus Wowereit | former mayor of Berlin. Under his lead from 2001 to 2014, the German capital transformed into a Hotspot for creative people and Startups from all over the world.

• Mick Cornett | present mayor of Oklahoma City reports about his initiative “This city is going on a diet“. Inspired by his own weight loss, in 2007 Cornett encouraged people in Oklahoma to lose weight themselves. During the project all inhabitants together lost more than half million kilos and the city started a 800 million dollar investment in parks and public transport.

• With her consulting company and think tank Red Thread, the best-selling author Rahaf Harfoush counsels organisations in making use of digital trends as a strategic chance. The digital anthropologist is a porfessor of the MBA programme of the Science Po in Paris and was essentially involved in the „Technology Pioneers“ programme of the World Economic Forum in Geneva.

• The Danish-Canadian urban designer and CEO of the Copenhagenize Design Company, Mikael Colville-Andersen, is one of the leading experts in mobility in Europe. With Copenhagenize he counsels cities and governments on the planning and implementation of projects to increase bike-friendliness.

• As a part of the Tel Aviv-Yafo city administration the urban development expert, Hila Oren, is successfully active in making the Israel city more attractive for founders from a financial, digital and creative point of view with her initiative Tel Aviv Global.

• Rui Moreira is the first independent candidate in the mayor’s office of the Portuguese port Porto. Originally an entrepreneurs and investors, he now represents the interests of his city as a columnist and political commentator.

Information about the whole programme and registration at www.urbanfuture.at