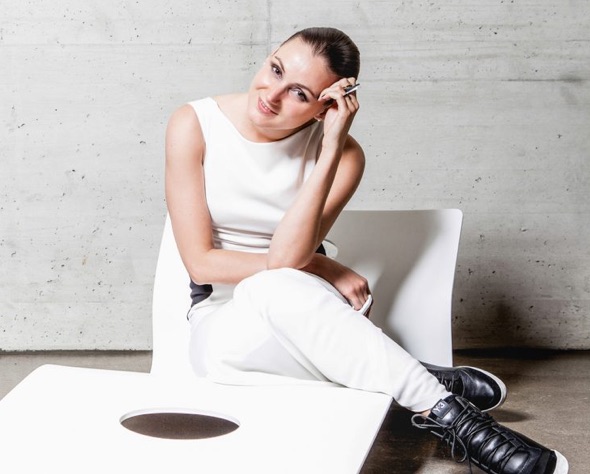 An interview by Nina Prehofer from THE Stylemate

Anastasija Lesjak from 13&9 has achieved international success with her philosophy of giving inanimate objects a soul. Through her designs, she bridges the gap between science and use in practice, and offers new narratives and experiences.

One example of your work is called Relaxing Floors. How can a floor be “relaxing” other than being comfortable to lie on?

Anastasija Lesjak: As head of concepts and product development at 13&9, I work with our team to pursue design strategies that are based on the scientifically well-founded analysis of stress-reducing concepts in a space, especially in the workplace. One of our main areas of focus concerns research into perception and the effects of specific patterns that occur in nature. These patterns have the greatest significance in the built environment, where people have little to no access to nature. From this scientific interest came the collaboration with one of the leading scientists and physicists in this field, Professor Richard Taylor from the University of Oregon (USA). He started researching stress-reducing patterns for organisations such as NASA during the eighties 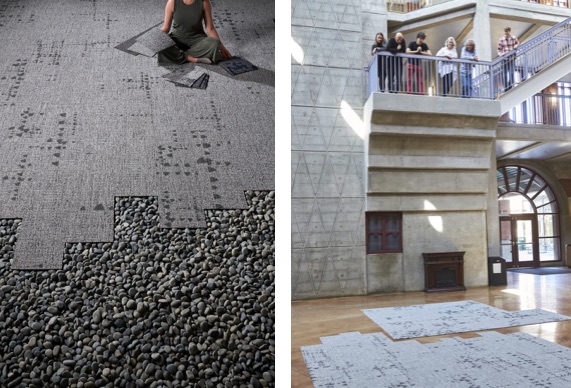 Several studies have been carried out over the years and new knowledge gained, for example the fact that our brains are capable of perceiving nature’s fractal patterns subconsciously. They are recognised as occurring in nature – even when they are depicted in a graphically abstract way. Through a subconscious, automatic process of recognition, which is referred to as “fractal fluency”, relaxation mechanisms are triggered in the body and perceived as enjoyable on a cognitive level – something “comfortable”, but for your eyes. Drawing on this knowledge, we developed the beginnings of the patterns for the floor coverings, which make up the largest perceptible surface in a room.

What was it like collaborating with Richard Taylor and the Mohawk Group?

Anastasija Lesjak: People’s well-being in the built environment is of central importance in many of our concepts, so working with Professor Taylor is, for me, one of our most significant projects. It was my medical training that gave me access to design, and it is also one of the reasons why we have built up a transdisciplinary network. The bridge between science and use in practice is often missing, and the people we collaborate with have recognised this long-term potential and decided to move in this innovative direction, which deals with concepts that benefit people in a holistic way.

The first mass-produced items to integrate these patterns with relaxing qualities are now appearing on the international furnishings market, and demand for such products is coming from all over the world! Through this collaboration, my partner Martin Lesjak and I have broached the subject of a new cross-discipline approach, the result of which has been numerous invitations to teach, awards and mentions in the press, including on the cover of American scientific journal Nonlinear Dynamics, Psychology, and Life Sciences.

The modular light and acoustic systems HEX-O and TRIG-O recently launched for XAL. What’s the story behind this concept?

Anastasija Lesjak: The combinability and modularity of light and acoustic systems are the focal point here. We call these products “new hybrids”, and they make it possible to offer tailor-made solutions, in both a functional and artistic sense, using mass-produced products. 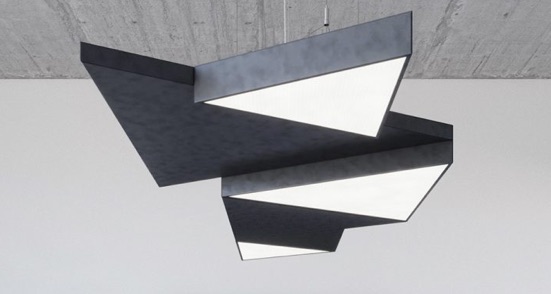 We wanted to give designers a tool that everyone can use to create their own light and acoustic landscape. For us, it’s the most sustainable way to develop the products so that there is an infinite number of configurations and they can react according to the space in question.

The elements are produced nearby in St. Margarethen an der Raab. What value do you place on production in general?

Anastasija Lesjak: I see production as being a significant part of the design process. That means there should be careful interaction between the product concept and the production process, and the interplay of people, resources and technology. It made sense to develop this product range in close collaboration with XAL and to produce it locally in order to combine the expertise of architects, product designers, industrial designers, technical developers, light and acoustic designers and the manufacturer on site.

What’s the best idea you’ve ever had?

Anastasija Lesjak: Concepts that involve the careful assimilation of the context by people, places and technologies and offer new narratives and experiences, that are more powerful than the perception of something that is seen predominantly as “physical”. 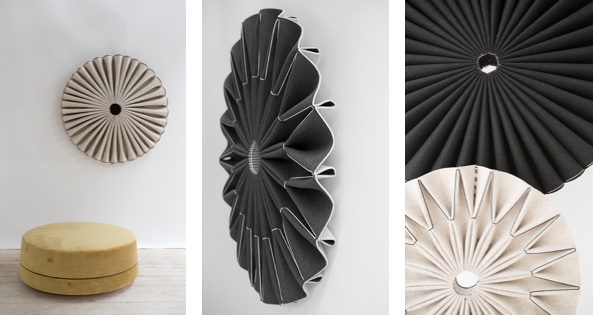 What ideas are you working on at the moment?

Anastasija Lesjak: We’ve done several sound designs for exhibitions and audio-visual projects, which my husband Martin and my brother Severin Su have worked on together. Following our exhibit at the International Architecture Exhibition in Venice, it was clear to me that we should focus more on integrating sound design into our projects. We recently set up a sound studio and are currently working on a project for the Klanglicht light and music festival in Graz.

You talk about the “soul of design”. What gives a design a soul?

Anastasija Lesjak: Our philosophy of giving inanimate objects a soul tries to get to the bottom of the perception of design so that the user becomes capable of identifying emotionally and intuitively with the concept. This open relationship between user and design also involves confronting sustainable consumption and a strong commitment to the environment. 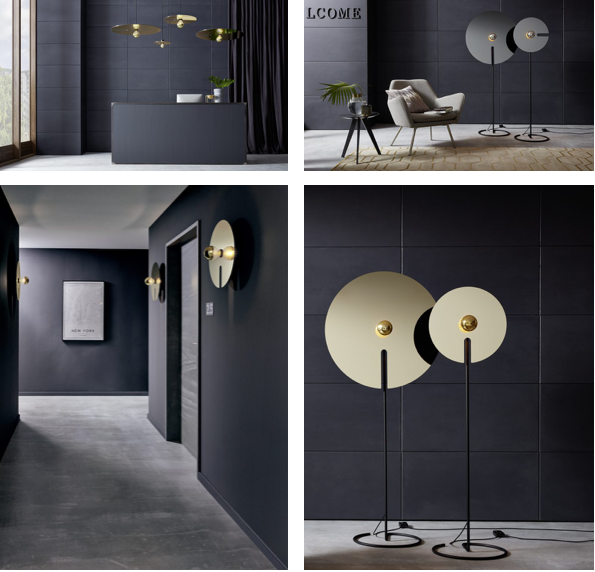