It was the evening of February 24, 2022, the same day Russia started invading Ukraine. The editors of Kaunas-based culture magazine noticed their friends, founders of a self-publishing studio, started printing blue-and-yellow posters for the protest against war held in Kaunas that night. ‘We could do more than merely distributing posters if we act together,’ thought the editors of Kaunas Full of Culture, and contacted the women behind Hands on Press.

Two days later, the first riso prints of posters designed by local artists appeared on the e-shop of Hands on Press, and the batch of 10 was quickly sold out. On March 10, more than 50 artists from Lithuania and abroad have already contributed to Colors for Ukraine, a blue-and-yellow fundraising initiative. By selling posters, more than 10 thousand Euros have been collected for Blue/Yellow, an NGO active in Ukraine since 2014, as well as Lithuanian Red Cross and other charity organisations.

“We have already shipped the posters to 19 countries,’ says Inga Navickaitė-Drąsutė, one of the founders of Hands on Press. The designer states their initial goal was to raise as much money as possible through art. The physically vast distribution of inspiring anti-war artworks – a clear message against Putin’s criminal acts – was something they had not expected yet are positive about. Inga and her colleague Gabrielė Gudaitytė have been working around the clock in their tiny printing house to make sure all artists can see their posters contribute to the greater good.

Other Kaunas-based printing houses agreed to join the cause, so the Kaunas Full fo Culture team also shook hands with Kolibris. This independent bookstore became yet another poster shop for part of the posters. A riso print shop in Vilnius, Ariel Ink, also joined the initiative and not just prints the posters but also sells them on-site at SODAS2123, a cultural hub, and is also raising money for Ukraine. Some artists took the initiative to the next level by raising more than 1,500 Euros on NFT art platforms. A few oil paintings were offered for the cause, one of which, painted on a live session, raised 200 Eur in an online auction.

The buyers of the posters include regular Kaunasians who decorate their windows with anti-war messages, as well as those going to protests and other events supporting events. One of the most compelling cases of collaboration was the one with Kaunas District Court. Its staff contacted the printers to buy prints for the court windows; instead, an artist behind Vaporvawe Kaunas created larger posters with a clear and lawful message, ‘Next Stop – The Hague’, for the institution.

The greeting ‘Slava Ukraini’, a new cult phrase mentioning the Russian warship, sunflowers and Ukrainian women are among the most popular symbols used in the posters created for the initiative.

Check out the ever-growing gallery of artist contributions on Facebook at http://bit.ly/SpalvinamUkrainai or follow the hashtag #SpalvinamUkrainai on Instagram. Visit www.handsonpress.lt/shop for currently available riso prints. All of the money received by Hands on Press will be donated for the Lithuanian NGO Blue/Yellow. 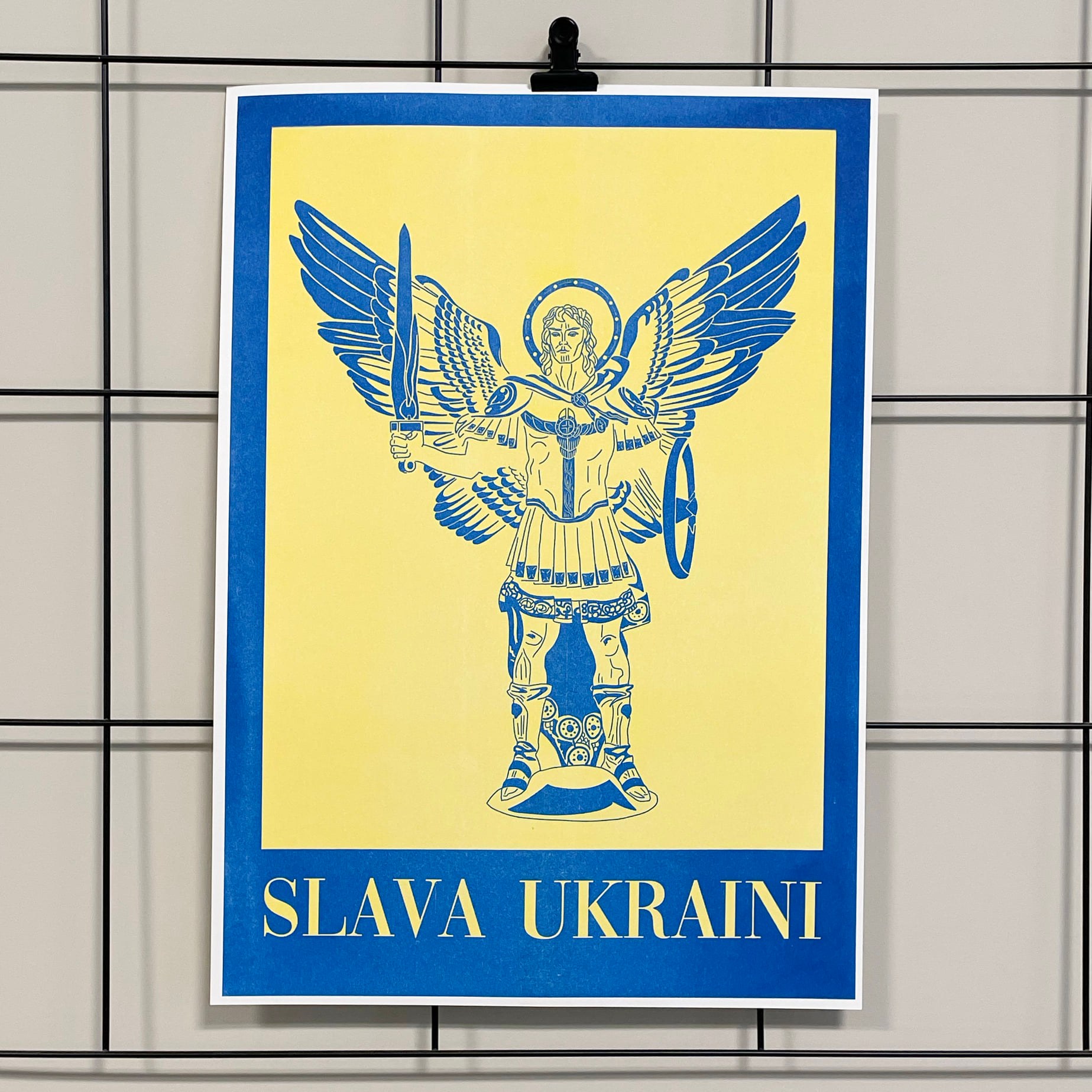 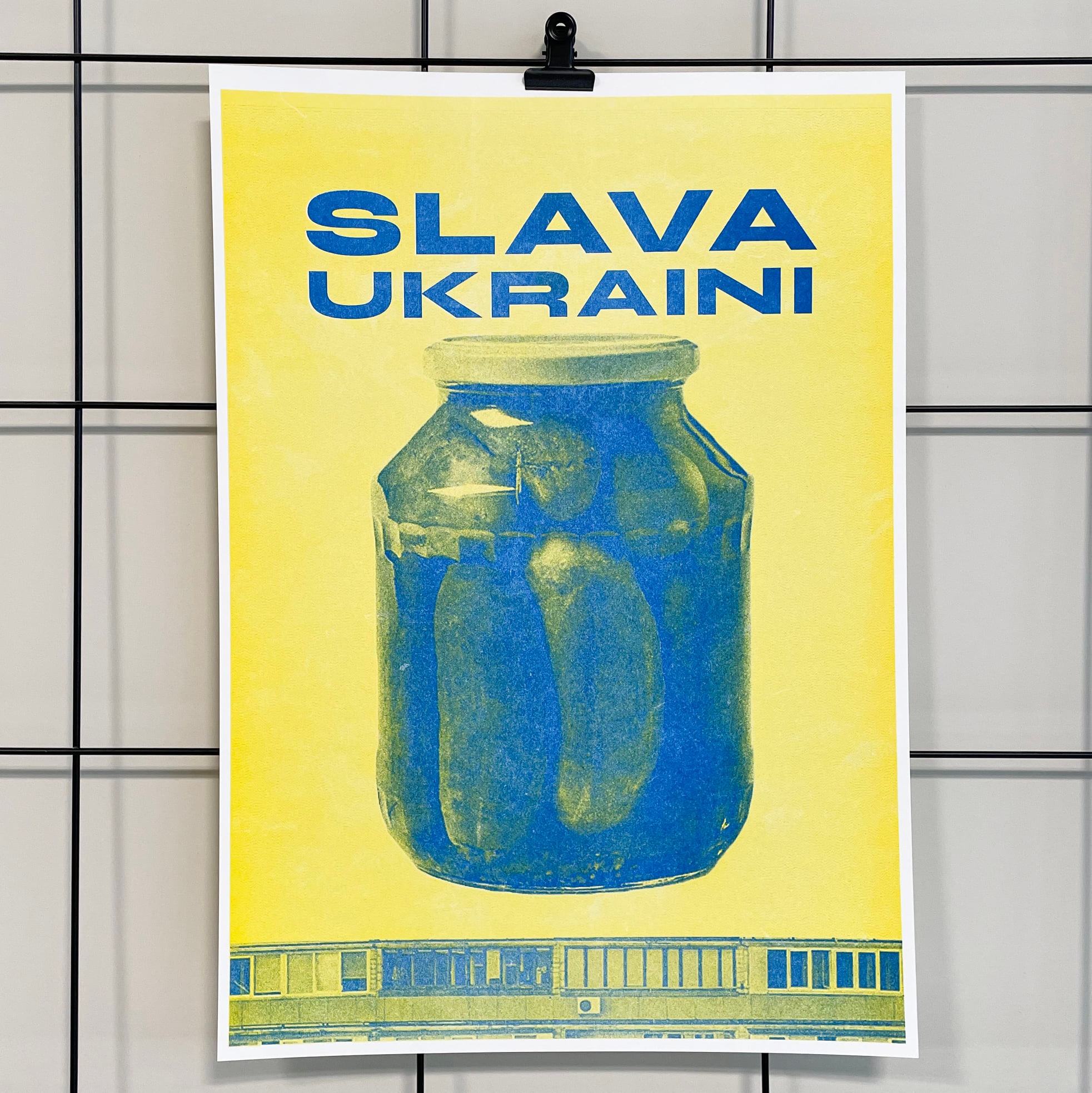 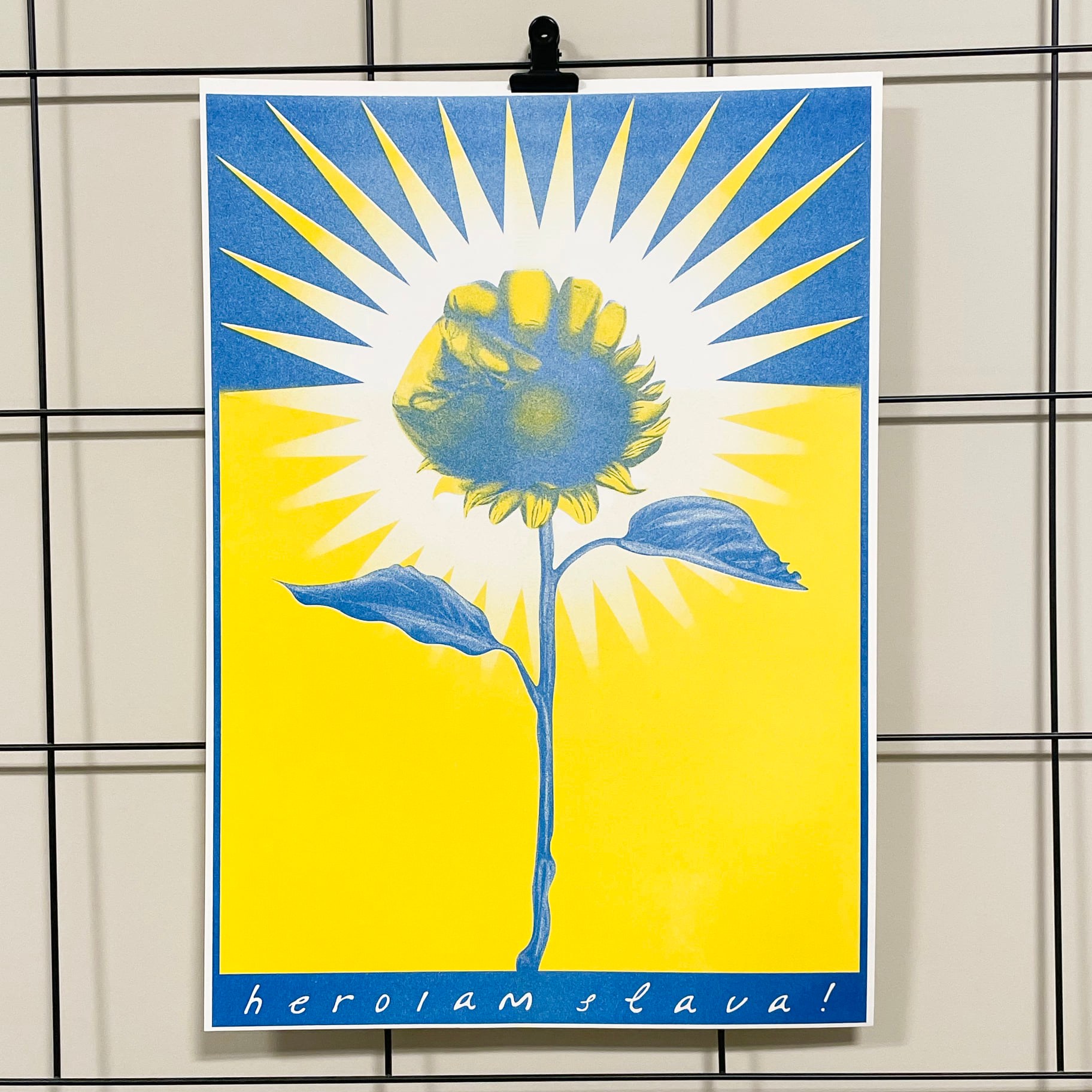 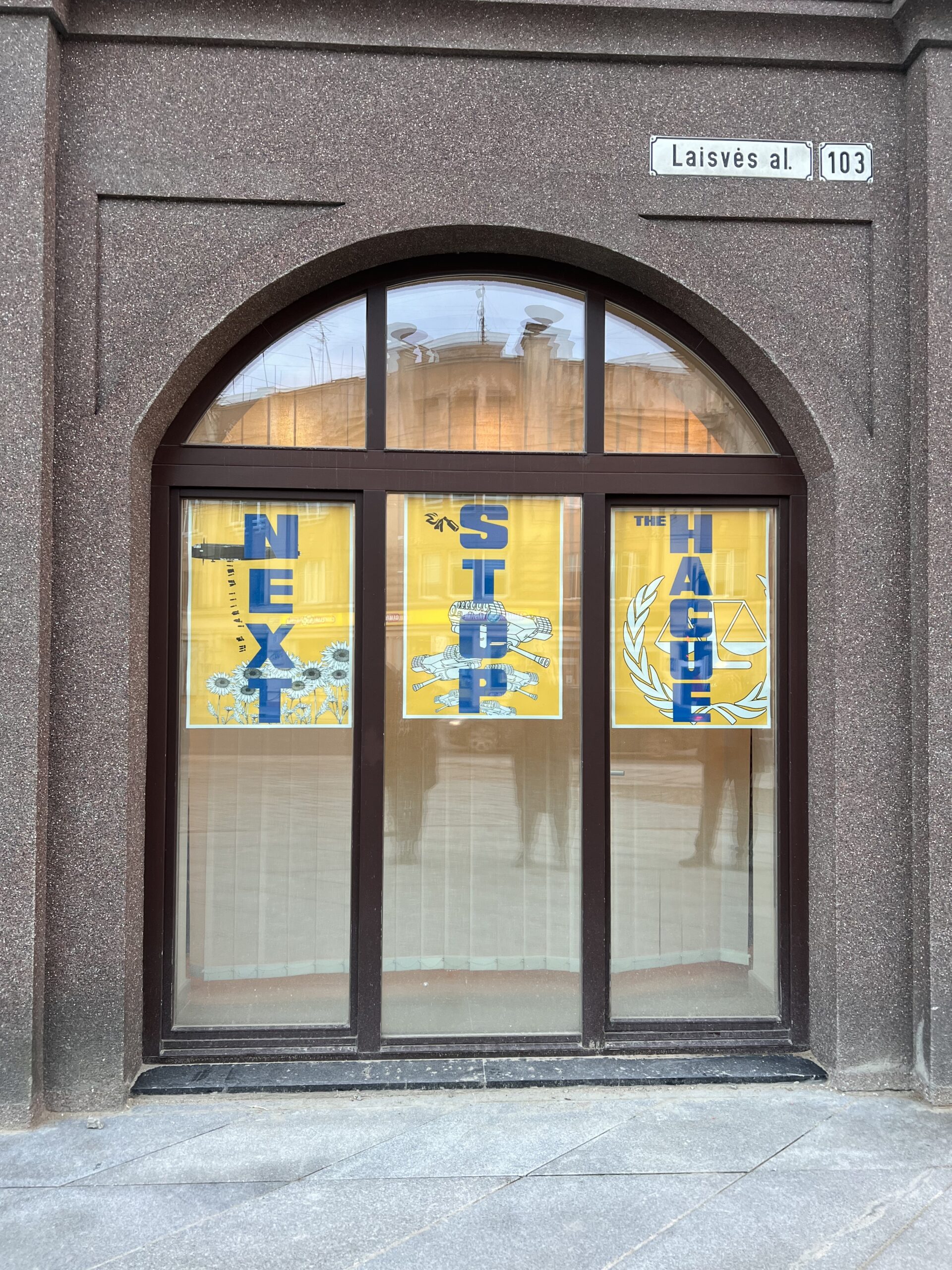