Founded in 1642, Montréal is the world’s 2nd-largest French-speaking city, and with around 1,900,000 inhabitants, it is the largest metropolis in the province of Québec, Canada. The city, a 50-kilometer long island, is surrounded by the Saint Lawrence River, and is just 72 kilometers north from the United States of America border.

In 1991, Montréal became the first city in North America to create a design commissioner position, dedicated exclusively to the development and promotion of design as well as to raising awareness among private- and public-sector stakeholders of the benefits of good design. In June 2006, Montréal was named UNESCO City of Design, and became part of the UNESCO Creative Cities Network. In attributing that title, UNESCO acknowledged the city’s creative potential in design, based on the strong concentration of talent in the city as well as the sustained efforts put forward over the years by its public authorities to build on that strength of the new Montréal economy.

The designation has also spurred development of the design industry, improving access to public commissions for designers from here and elsewhere, and has unquestionably helped enhance Montréal’s international reputation, by emphasizing the talent and drive of Montréal designers in all disciplines.

Montréal is definitely a city of designers: over 25,000 professionals are working in this lively field that is responsible for 34% of the overall economic impact of the cultural sector. Strategies were developed through the years to highlight Montréal’s designation as a UNESCO City of Design, such as ensuring better recognition for designers, raising awareness of the talents of Montréal designers and architects, and developing their markets. Efforts to widen the use of design and architecture competitions have resulted in multiple calls to creative practitioners, aimed at increasing design quality for buildings and public spaces. Montréal is home to a host of renowned educational institutions, including some 20 college-level teaching institutions, two French-language and two English-language universities, and more than 50 research chairs, including the UNESCO Chair in Landscape and Environmental Design at Université de Montréal and four others with a design focus. With two of its universities in the world’s top 100 of the most recent QS World University Rankings, Montréal confirms its position as Canada’s hub for higher education. The city also boasts a significant number of venues for the presentation of design along with well-known organizations that highlight the creations of designers and architects from here and elsewhere. These include the Design Centre of Université du Québec à Montréal, the Canadian Centre for Architecture, the Montréal Museum of Fine Arts, as well as the Maison de l’architecture du Québec.

66% of Québec’s designers live in Montréal

Design is worth $750 million in economic benefits 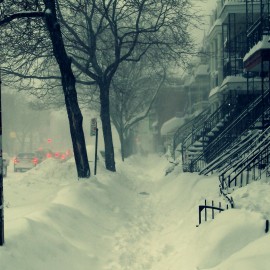 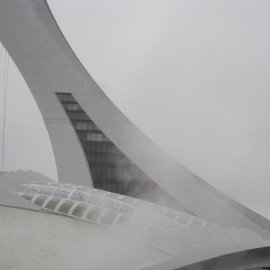 END_OF_DOCUMENT_TOKEN_TO_BE_REPLACED

With the goal of promoting resilience, inclusion and innovation in the planning of commercial thoroughfares, Ville de Montréal is launching a call to designers in…

In addition to becoming an international contest for which applicants from Canada and the world are eligible, the GRANDS PRIX DU DESIGN Awards innovates and…

Montréal and Saint Etienne will both participate to the EJC Virtual Summit, a space of dialogue between the actors of the university, economic, institutional, scientific,…

Redesign of Lot 066 and Its Vicinity Call for proposals open until November 20, 2020

The Arrondissement de Ville-Marie is launching, in collaboration with the Design Bureau, an international landscape architecture competition for the redesign of Lot 066 and its…

For its 14th edition, the GRANDS PRIX DU DESIGN Awards opens its call-for-entries to candidates worldwide.The call was just launched on Sept 25 and their…

The Montréal 2030 Agenda for Quality and Exemplarity in Design and Architecture: a new way of seeing and doing things

Montréal is launching a multidisciplinary architecture competition to develop the Peter-McGill Centre, in order to create a vibrant and revitalizing flagship project for the neighbourhood.…

The city of Montréal is launching a Multidisciplinary Urban Design Competition for the redevelopment of Avenue McGill College into a public square. Located in the…

10 things to know about Montréal (PDF)

Patrick Marmen
(Design Commissioner and Head of the Bureau)