Kobe City is located almost at the center of the Japanese archipelago on the Seto Inland Sea, and has a population of approximately 1,540,000 residents. Since pre-modern times Kobe has welcomed people, goods and information from abroad, and the city has formed its own distinct culture by taking on and fusing together various other elements and traditions from around the world.

The cityscape is characterized by the mountains, the sea, and exotic architecture. The lifestyle, with an open and liberal spirit, is nurtured by an active uptake of foreign cultures. Craftsmanship is represented by specialities such as chemical shoes, confectionery and pearls. The development of Kobe’s unique urban resources took on a faster pace with the opening of Kobe Port in 1868. Furthermore, the process of reconstruction following the Great Hanshin Earthquake of 1995 taught the city the importance of strong interpersonal ties, the spirit of mutual aid, and other human strengths.

The time-honoured quality of creativity, born from the rich sensibilities of humans, and the power of design which makes use of this creativity, form the city’s DNA. Due to the disaster, one can see that these foundations united people and raised hopes for the future, helping the city in its rehabilitation. Design has the power to move and fascinate. It is indispensable in a wide range of fields such as tourism, creating attractive scenery, and promoting industry. Design also plays an important role in daily life, making familiar issues such as the environment, disaster prevention, crime prevention, welfare and education more visible, easier to communicate, more relevant, and action-prompting. Design facilitates and enhances convenience. Every person has a wealth of creativity within them. Art and culture can help to develop that creativity, and each person’s independent actions prompted by creativity can enrich others’ lives and bring dynamism to society.

This important process is highly valuable, and Kobe is determined to share this belief. On October 16th 2008, Kobe City was appointed to the UNESCO Creative Cities Network in recognition of continued initiatives and future direction. In August 2012, the former Kobe Raw Silk Testing Center was renovated and opened as a focal point for creativity and exchange projects of the City of Design Kobe, known as the “Design and Creative Center Kobe (KIITO)”. Kobe aspires to be a modern design city that continues to grow, and a place where people can feel a true sense of happiness. 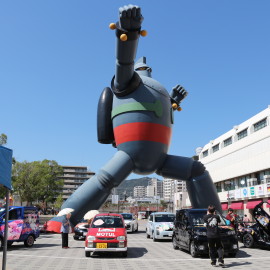 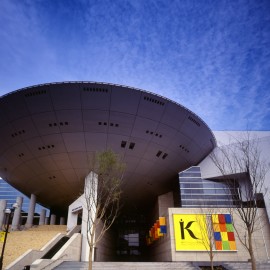 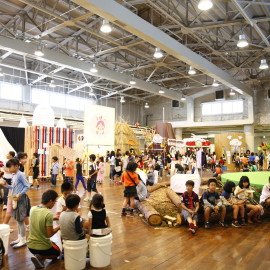 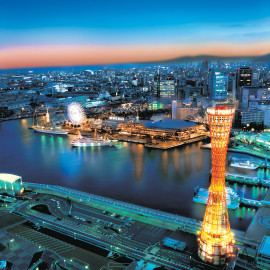 END_OF_DOCUMENT_TOKEN_TO_BE_REPLACED

An interview by Nina Prehofer from THE Stylemate The Japanese city of Kobe is part of the international UNESCO Creative Cities Network – and rightly so! Kenji…

TRANS- is an art project to be held in Kobe in the fall of 2019 featuring the two artists Gregor Schneider and Miwa Yanagi.

078 Kobe is the brand new annual event of music, film, interactive media, fashion, and food that take place in early-May in Kobe.

078 is an interdisciplinary, participatory event, encompassing the fields of music, film, IT and more.

Chibikkobe is a creative workshop and educational program for children. The concept is to create a dream town built by children from Kobe together with…

For the fifth time, KOBE Biennale provides many opportunities for people to experience the attractiveness of Art Culture. KOBE Biennale 2015 aims to redefine traditional…

END_OF_DOCUMENT_TOKEN_TO_BE_REPLACED

10 things to know about Kobe (PDF)